As part of our poll aggregation analysis, we present the pollster predictions made over time since January 2013.

As the number of polls done is limited in India, for any given month, we used the poll predictions at the timepoint, but filled the gaps for States not predicted with preceding month predictions. For January 2013, we used the poll results presented at that month along with historical seat safety predictions from the four previous election cycles (1998-2004). 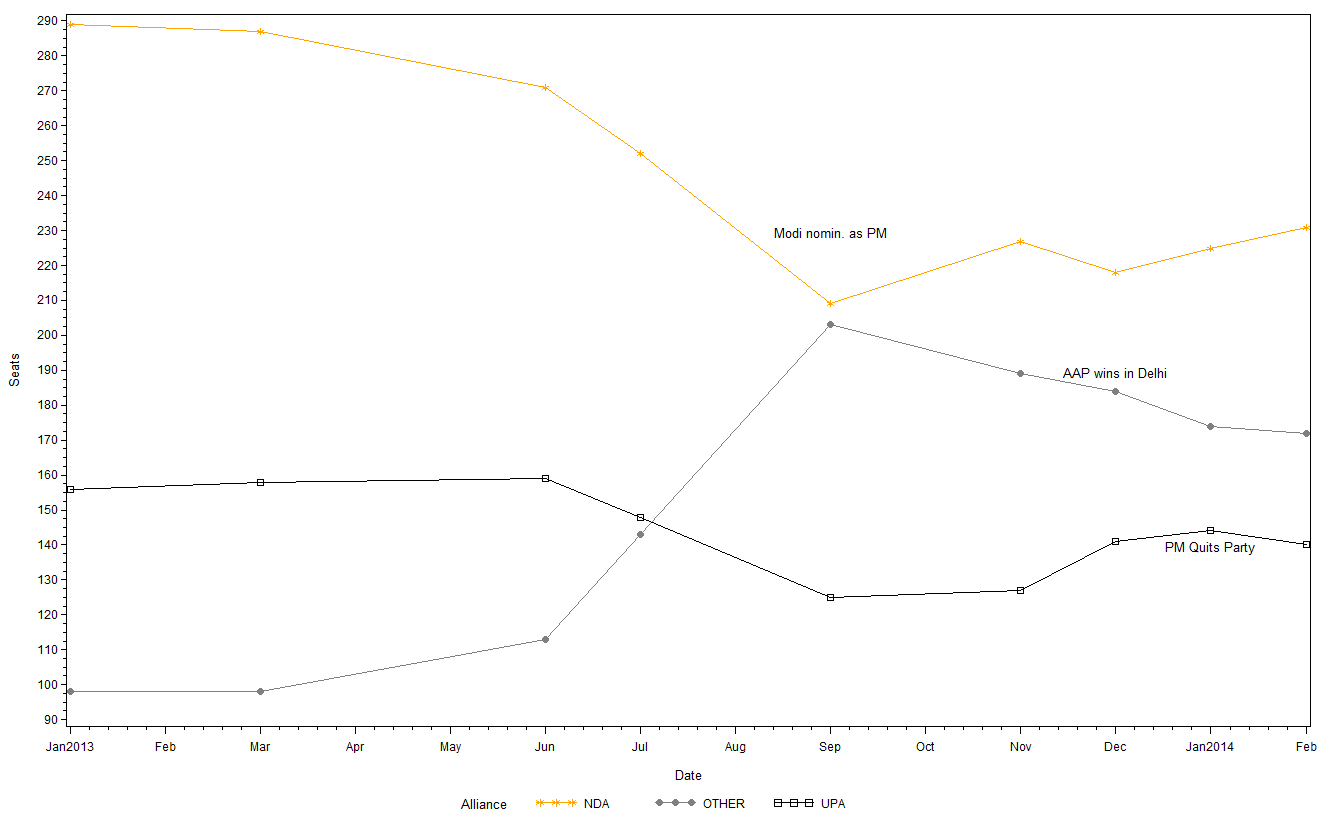 As can be seen, the initial polls from over a year ago gave the NDA a very large number of seats. However, over time, this lead has reduced as the number of polls taken increased on a monthly basis. As the regional parties had become more non-committal in their choice of Alliance party, the number in the OTHER alliance has increased in seat prediction numbers.

As an aside, Operation Prime Minister, the pollster sting operation, has shown the need for more regulation within Indias' polling industry. However, as we can see in our results presented in this blog, choosing those Pollsters who have presented seemingly accurately in the past, and aggregating their results into one snapshot, will hopefully give a more accurate prediction for the seats won by each alliance.